On January 1, 2007 my son, Bill III passed away in a drowning accident in Palm Springs, California.

Bill suffered from diabetes since age 13. Even under his diabetic condition, Bill never complained about having diabetes. He just accepted it and went on just like he did everything in life. Bill was one that had such a big heart and every time you saw him he pretty much had a smile on his face. I have never met anybody who didn’t like him. It was amazing what he did with the short time he was here. 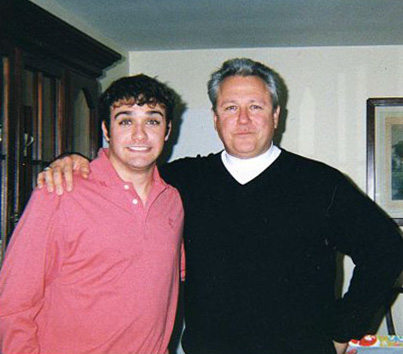 Our family feels extremely blessed that Bill was with us in Palm Springs, California on a vacation when he had his accident. Bill had come home for the Christmas Holidays from Auburn where he’s been for two years. He had moved away from home and was nearing graduation, having only four more classes to go. Auburn gave Bill an honorary degree because of how close he was to graduation.

Because of Bill being at Auburn for the past two years, he was only home for summers and holidays. This made us feel very privileged that Bill was with us during Christmas. We had about four or five family gatherings and meals and swapping presents and that sort of thing and Bill got to go to all of those.

After the Christmas hustle and bustle, our family (Vanessa, Bill, Taylor, Bailey and myself) went on vacation to beautiful Palm Springs. The trip started out kind of tough. We missed our flight the first day because of airline problems so we got there a day late on New Year’s Eve. Vanessa had made arrangements at the hotel for a New Year’s Eve dinner. It was really nice. We all got dressed up and had a really good time. After dinner, exhaustion kicked in and so we all went to bed. 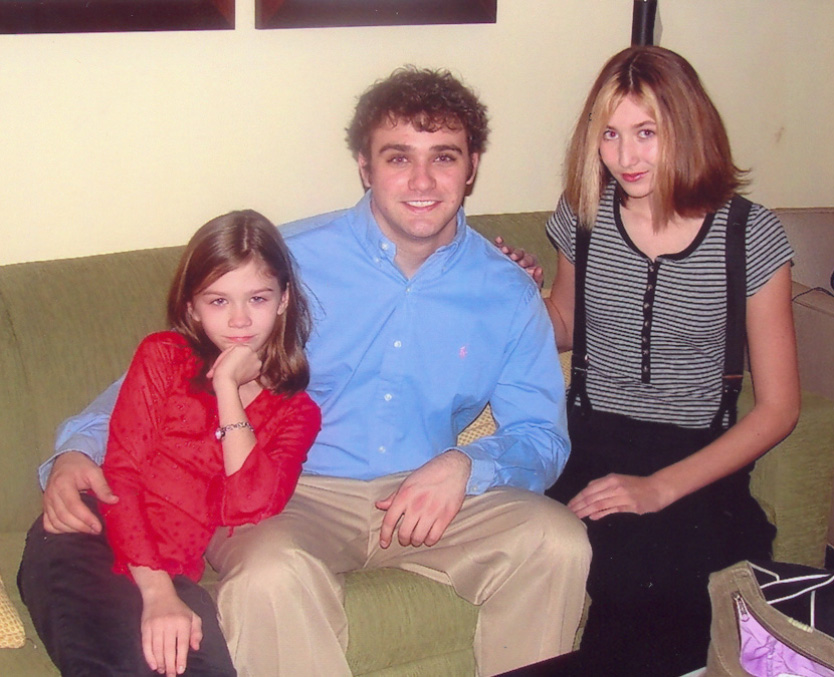 Next morning was January the 1st and we were very lucky that Auburn started playing football that day at 8:30 out there on the west coast. We celebrated Auburn’s come from behind win and then everybody went swimming.

That’s when the accident happened. Bill hadn’t been down at the pool for very long, probably 30minutes or so, and then he suffered a heart arrhythmia – a condition in which he just passed out while he was in the pool. We don’t know how long he was under, maybe five minutes or so. There were many people around the pool when it happened, but there was no lifeguard on duty. There were probably 15 to 20 people in the pool area and another 40 or 50 adults around the pool, hanging out in lounge chairs by the wading pool, that sort of thing.

We are just so happy that Bill got to live a full life while he was here. That’s why we didn’t have an ordinary funeral or memorial service for Bill, but rather a Celebration Service. We wanted to celebrate his life and everything he had done. Many people told me after the service that it was one of the best they had ever attended. 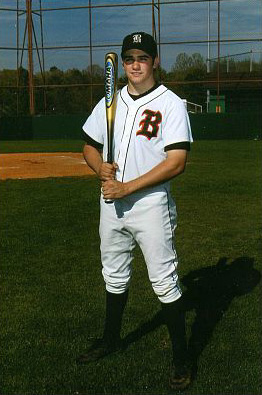 Bill’s grandpa, Lenny, was with the Baltimore Oriole Organization for 30 years. As a kid, Bill went every spring break to spring training and got to hang around professional baseball players, including Cal and Billy Ripkin and Sandy Alomar.

After his high school graduation, he went with his grandmother, Sandy Scanlon, to Europe for two weeks. It was a wonderful experience and he got to visit some beautiful places like London and Paris. In summer of 2005, he and three of his friends decided to take a road trip out west for four to five weeks. They would simply drive until they reached a state park where they could camp for a night or two and then go to the next one. Some of the places they went include Yellowstone Park, Utah, California, Washington, Oregon, and many more.

Bill was a great music lover. He went to the Bonnaroo Music Festival in Tennessee three or four times. He liked a lot of the “old stuff,” including Pink Floyd, The Doors, Jimi Hendrix, Bob Dylan, and the Rolling Stones. Of course he liked bands like Widespread Panic, Korn, and some of those bands that I’ve never even heard of. 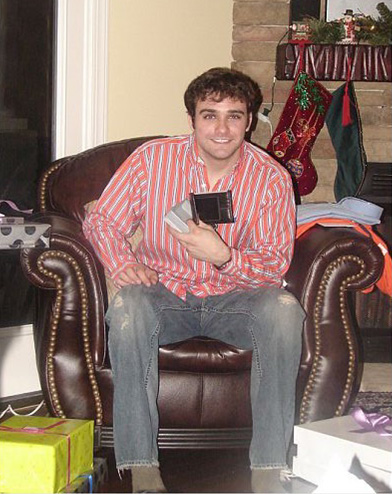 I want to thank everyone for their prayers and support during this tough time. My family and I are trying to learn from Bill and from what has happened. Personally, Bill has taught me many lessons and I am still learning them every day. My family has a strong faith in God and we know there is a reason for everything and why he is doing this. 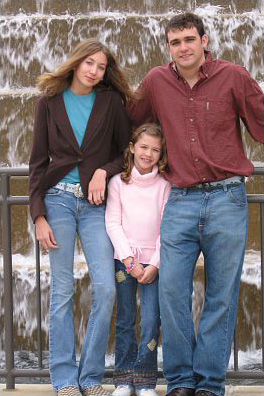 I dictated the previous story in one recording just a few days after Bill’s accidental death. I can tell you, I was numb and cannot believe I did it in only one take. All of it—every word— is dictated exactly as I said it. If you read it closely there are several places where I would not receive a very good grade if my mom was grading my paper, but I wanted it real.

It ALWAYS takes me several recordings to get a message the way I want it. I felt the strong presence of God inside and all around me during those long days in California while waiting for the Sheriff’s Department to release Bill’s body for our trip back home. It was the only thing, along with family and support from back home that got us through this ordeal.

Shortly after Bill’s death, I received a wonderful gift of approximately $3,000.00 from many members of an Insurance Marketing and Coaching Program in which I was a member. I was told by my good friend, Insurance Agency Owner Tom Larsen, who organized this drive to do something really good in Bill’s memory. From there we had some family members match the amount and I went to the local community college Bill attended while here his first two years in Florence, North West Shoals, and we started the Bill Gough III Memorial Scholarship Fund. 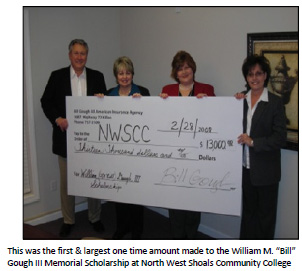 I have proudly presented five $1,000.00 scholarships to business education sophomore majors with a 2.6 grade average and higher. 2.6 of a possible 3.0 grade scale was Bill’s grade point average at NWSCC. The students receiving these funds are sincerely grateful, and each has told me there would be no way they could continue their education if not for this help. It doesn’t get any better than that!!!

This scholarship has been fully funded forever thanks to many contributions from friends and family. We have also made it a big part of our client referral program in our office.

The Bill Gough III Memorial Scholarship Fund has contributed to each of these organizations, and many, many more. 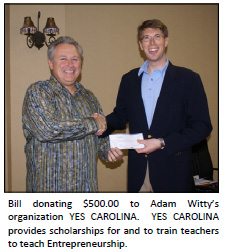 We have donated approximately $200,000.00 since 2007. I pledge and donate a % of all money received from BGI Marketing into Bill’s Fidelity Charitable Trust Fund I created after we maxed out the NWSCC Memorial Scholarship Fund. 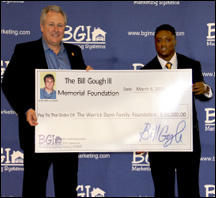 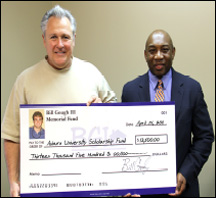 Bill Gough is pictured here during the Bill Gough III Memorial Charitable Fund contribution of $13,500.00 to the Auburn University Foundation. 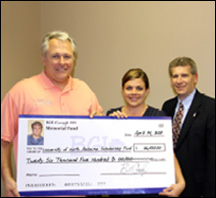 Bill Gough is pictured here during the Bill Gough III Memorial Charitable Fund contribution of $26,500.00 to the University of North Alabama Foundation.